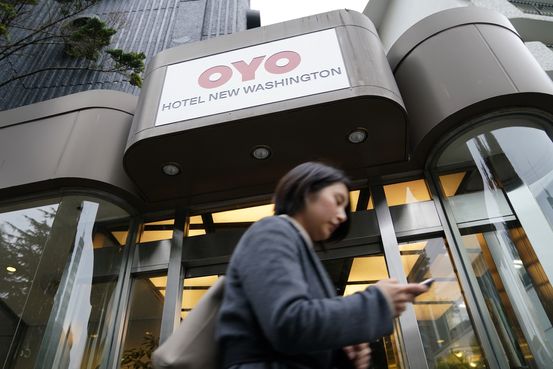 Oyo Hotels & Homes is letting go most of its staff in Latin America and curbing investment in its operations there, the latest moves by the high-profile Indian startup to trim costs and sharpen its focus as the pandemic pummels its business.

Oyo, which is backed by SoftBank Group Corp.’s $100 billion Vision Fund, ballooned in size to become the world’s second-largest hotel chain in 2019 before missteps and Covid-19 travel restrictions roughly halved the number of hotel rooms in its network, according to Wall Street Journal calculations.

As Oyo’s business and revenues were squeezed during the pandemic, the company decided to focus capital and attention on places with the strongest performance and potential for growth in the next few years: its home market of India, as well as Europe and Southeast Asia. Latin America suffered challenges due to Covid, although Oyo’s business model is still “viable long-term,” Oyo Brazil said in an announcement Thursday.

in September of last year Oyo passed control of its Latin American operations to SoftBank, which was slated to invest $75 million into the unit. When Oyo decided to put less focus on the region, the pair decided that SoftBank would pull out of operations there and dismiss most of the staff on the ground, according to the Oyo Brazil announcement and an Oyo spokeswoman.

Oyo will continue to have a small local support crew in Latin America, and the brand will remain, but the company will provide the bulk of its services via software and technology platforms run out of other locations, said an Oyo spokeswoman. The company declined to say how many people are employed in Latin America now.

If You’re Too Scared to Do These 5 Things, Your Leadership May Be on Life Support

As we approach the one-year mark of the pandemic, millions of workers have hit a breaking point, and employers are starting to see the fallout from 2020. Based on Beqom's 2021 Compensation and Culture Report, 40 % of workers plan to quit their jobs this year on...

Earnings season is starting to wind down, however some large names have yet to report. Walmart's earnings on Thursday should present a very good window into the consumer, as should the federal government's retail sales report for January, also anticipated Wednesday....

The intrinsic value of something -- a Bitcoin, an oz of gold, or a share of GameStop -- is simply what folks believe it is. Nothing else matters, Mark Cuban argues in a latest blog post. That idea is the secret to understanding Bitcoin, stamp collecting, and the...